10 actions to kickstart the revolution against waste in Lebanon –EN–

Lebanon is facing a waste crisis caused by corrupted politicians. Citizens and entrepreneurs can take this as an opportunity to adopt and scale up social and environment-friendly solutions.

I facilitate a Workshop during a conference called  Sensecamp in Lebanon. It will be about inspiring circular economy examples from the World that could help to rethink the Lebanon waste crisis. I have worked for Future of Waste for 2 years and encountered many inspiring examples but as the local context is very peculiar, I’d like to share here a few examples that might trigger discussions so that anyone can give insights, inputs and ideas!

A very strong political act against bad waste management is to try not to produce waste. There are innumerous blogs of people around the world who give advices and insights about how they did, proving that it is not only possible, it’s desirable. Give it a try and make a first step : always have a bag with you so that you can say no to discardable ones. 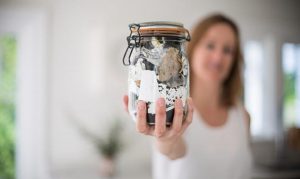 This is the amount of waste Emma Johnson produced in one year. What about you ?

Some sellers, shops, restaurants sell products in bulk, without packaging. Make most of these opportunities to eat less industrial and processed food and products, to enjoy the atmosphere of markets. Have a nice collection of tote bags and glass jars ! 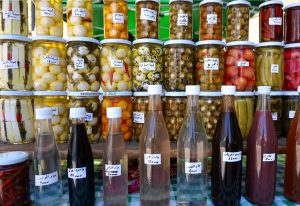 Of course it’s not always easy to ask people to change bad habits, but if you walk the talk, make it sound desirable und fun, you can go viral like One piece of trash a day that value the action of the one picking up trash rather than blaming the others. You can join Future of Waste and organize short movie projections about the stakes, impacts and solutions of waste management.

Waste is just valuable resources that we’re to blind to see. If you can get coupons, money out of segregated waste, companies, households will start to sort things ups, informal Wastepickers will start collecting and picking waste. The company PomPom in Delhi provide a super fancy on and offline user experience to get money out of you waste. 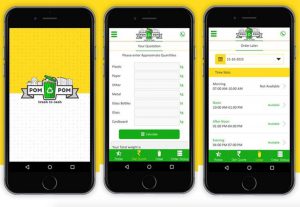 Up to 2% of the world population is Wastepickers, they are a vital though disconsidered population who perform impressively. The cities with the best recycling rates often includes those informal workers. They nevertheless need to be better considered and equipped, either by forming together cooperatives, either by receiving help form local authorities.

It has often proven costly to build, operate and maintain recycling units.  Those thressholds prevent local communities to organize themselves and bypass unfair or corrupted middlemen and politicians. Luckily the spreading maker culture has turned it easy to create low tech, low cost recycling units. Tutorials, gatherings are flourishing allowing everybody to repair and recycle locally.

At one point the best way to convince local authorities to raise the recycling rate is to provide cheaper services. Ziad from cedar environment has developed proof of concept, middle scale recycling units and products that could swarm Lebanon.

Waste is often an opportunity to create social link and integration. For a long time in France repairing industries have been collecting, repairing and reselling waste and donation as a way to give a second chance to unlucky people before even considering the ecological assets of such activities. Today recycle Beirut provides employment to Syrian women refugees.

Though it is not easy to kickstart such business, both the sectorial and technical expertise are easily available through our networks, on video tutorial channels and on online courses. We recommend you to follow this MOOC which will provide valuable information to learn the basics about solid waste management in southern countries.

Last but not least, it is seldom known that construction waste often account for more than half of the waste that is produced. Initiatives are sprouting here and there in Belgium (Rotor), France (Bellastock, Recyclobat) and the United States (Urban Ore). We could better design the building so that they do not produce waste or better still, build integrating waste from other construction sites or sectors.