If everything sucks, and agroecology is so great, then why isn’t everyone doing it?

The world’s food supply depends on about 150 plant species whereas there are roughly a quarter million plant varieties available for agriculture. So less than 3 percent of these are in use today! Of those 150 in use, just 12 provide 75 %  of the world’s food. More than half of the world’s food energy comes from a limited number of varieties of three “mega-crops”: rice, wheat, and maize. No need to mention that for our rising population, exploiting this potential can be key, and to keep our lands farmble, it is almost a necessity to change the way we work the ground.

Cricital attitudes against mass production, GMOs and large scale commercial agriculture seem to finally take on a more important role around the globe. We finally realize that in the future, food might not simply taste like nothing, but it might be harmful or there might not be any food on the table at all, something that is already the case in so many places of the world.

This is why agroecology, permaculture and its likes are winning ground around the globe. 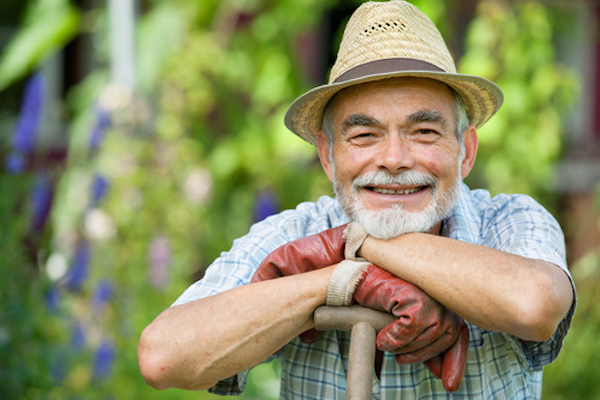 A happy farmer who discovered agroecology

Hey, who is this agroecology that everyone is talking about?

The most simple underlying principle of Permaculture and Agroecology is a philosophy of working with, rather than against nature, which is consequently focused on creating small-scale closed ecosystems instead of large monocultures that only rely on inputs without feeding back into the cycle.

So, instead of pushing the lands to maximize its yields with chemical fertilizers, growing one or two crops on vast fields, you create smaller, garden-like ecosystems where one tree can feed another, where the spacial design of plants will make sure fragile ones are protected by more robust ones and where every small species has a dedicated role.

According to the United Nations, Agroecological farming is the only way to feed a future population of 10 Billion people. So, if this is so certain, why isn’t everyone doing it?

Luckily, some people do. Here are 3 entrepreneurs in 3 different countries with 3 solutions :

In Africa, there are certainly many major macoreocnomic reasons as to why agroecology and permaculture are still rare practices, but most dominant is the cultural aspect according to Isis Noor Yalagi, permaculture and agro-ecology specialist and founder of Duniama.

“The African memory has known the collective and the solidary very strongly. Its now time for an African renaissance: Lets remember our collective spirit!”

Permaculture and agro-ecology specialist Isis speaks from her heart: the chaos of urbanization, the focus on the individual instead of the relationship to others, the focus on the possessing instead of the sharing. All of this are for her factors that loom dangerously over the promising path of Africa’s economic development. Without intelligent ecological politics and urban planning, African cities will increasingly become centres of pollution, extreme inequality and failed construction.

The global revival of agroecology and most prominently the concept of permaculture is seemingly just as much gaining ground in Africa as in Europe . Even more so, it is a return to being one with nature, a reliance on traditional skills and knowledge to grow, build and live in one’s environment that could be a key element for African food security. What better way to eradicate hunger than ensuring that everybody knows how to grow his own food in practically any circumstances ?

Cheikh Thiam, Slowfood Convivium member in Senegal, as well as Founder of Bégué Coco believes that this philosophy of growing food is the only way to bring his country to a sustainable food system.

With Bégué Coco he adapts the agroecological philosophy by producing 100% organic products from coconuts. One of the main pillars of his social enterprise is to give nature time to produce what is best for the environment and humans.

His challenge relates to the reason why people are still finding it hard to engage in agroecology. A young coconut, as it is mainly harvested in Senegal, has only the use of using its flesh as baking ingredient and drinking its water. A ripe coconut as it is bearly found, can yield material for oil, cremes, jewlery, furniture, coconut milk, a very nourrishing nut and much more. Farmers in Senegal however, are mainly driven by the capitalist desire to make quick profits.

How to make local producers understand the value added by letting coconuts mature to exploit its full potential?

Meanwhile in the United States, Kate Tirion is a fervent advocate of small scale agriculture,  who faces a similar challenge. She explains  «what made our local farms financially unsustainable is the railroad, not the lack of productivity. We have the means to produce food in sufficient quantity at the local level but people have lost interest in making the effort, they prioritize speed, convenience and price over resilience, health and nutrition. It’s was to reverse this trend that I’ve created Deep Dirt Farm and my main challenge is to convince community members of the benefits of spending time in the farm working towards food security instead of relying on cheap and chemical food imported from Mexico.

A blooming pepper from a permaculture farm

In France, in the Béarn region, Guy Torrent who recently opened the organic-vegetarian bed and breakfast “Aux 2 Ânes” belives that « there is no gardener within nature, yet, plants of all sorts grow ». Thus, humans must imitate natural cycles. Among other techniques, he chose RCW : Ramial Chipped Wood. A miracle mixture constituted of crushed wood branches invented by canadian researchers in the 1970s. Why miracle ? The crushed wood, introduced in the topsoil, recreates a fertile and aerated land, often damaged by the human ploughing. The RCW* technique enables less irrigation and was therefore spread around the world and particularly in Africa.

However, this method is not limitless. In the intensive agriculture, too much wood would be used fo the topsoil. Guy’s solution ? Focus on subsistence and local agriculture, adapted to the region’s land type and biotope.

The three inspiring entrepreneurs are a prove that, no matter where,agroecology is not a hippie-hipe, it is a life philosophy , a scientifically proven agricultural method, and most of all it is as of now our only chance to feed the world sustainably and revive community in the world that lies ahead of us.

Indeed, looking at our global food system, sometimes everything sucks and every country seems to have its own big challenges. But we can also be assured, because there are solutions that can contribute to a sustainable food system everywhere. Agroecology and Permaculture are great. So everything we have to do is to get people to do it.

Current post
If everything sucks, and agroecology is so great, then why isn’t everyone doing it?