Rania: “There are so many amazing stories to tell about women!”

Last June, Rania, a Syrian refugee from Kobane, filmed her journey to Vienna. Her documentary gives us a rare insight through a personal account of what asylum seekers experience during the dangerous and sometimes fatal journey of the infamous Turkey-Greece smuggling route. Theft, drowning and beating are but the few challenges she had to face to reach Austria.

The film was produced and directed by journalist & filmmaker Anders Hammer and shot by Rania. We met them at the TechFugees Summit last week in Paris where she took a stance for female refugees’ visibility and coverage on media.

Anders Hammer & Rania Mustafa Ali agreed to answer a few of our questions about women representation and their film “Escape from Syria: Rania’s Odyssey”.

What’s your opinion about the way women refugees are portrayed in the media?

Rania: I feel there is an injustice. Very few women are being represented in mainstream media, while two-thirds of refugees are women and children. Yet all we see is men, men, men, men. This misrepresentation should be addressed. 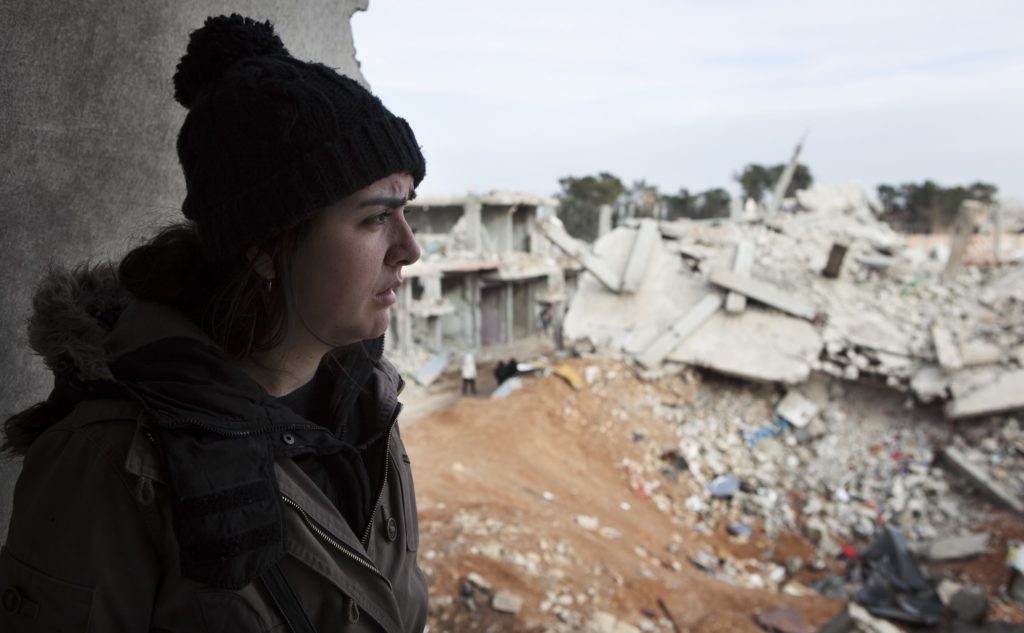 Rania Mustafa Ali in front of a bomb crater in the border city of Kobane in northern Syria. Photo: Anders Hammer

What would you do to better speak about it?

Rania: I would try to push for greater portrayal of women in mainstream media. Perhaps by giving them the opportunity to just talk about their stories and share their experience. There are so many amazing stories, yet we still hear very little about it.

Anders: There are several reasons why we see fewer females in the media. First, it’s easier to get access to men rather than women for an interview. As a journalist, you will always be short on time, and be happy simply to speak with the first ones who volunteer. I think you have to make an extra effort to achieve more inclusive reporting.

Men will always volunteer and say yes. When, for instance, we have debate programs, we always have problems getting women, even politicians and academics, because they will be much harsher on themselves than men; men don’t have shame to say yes.

This is not the only challenge: women also tend to be more reluctant to speak with journalists, often because it’s conservative societies where women are socially pressured to be more in the background. It’s also a structural problem.

There are so many amazing stories but we hear very little about them.

What’s the impact of the documentary on those who’ve seen it? 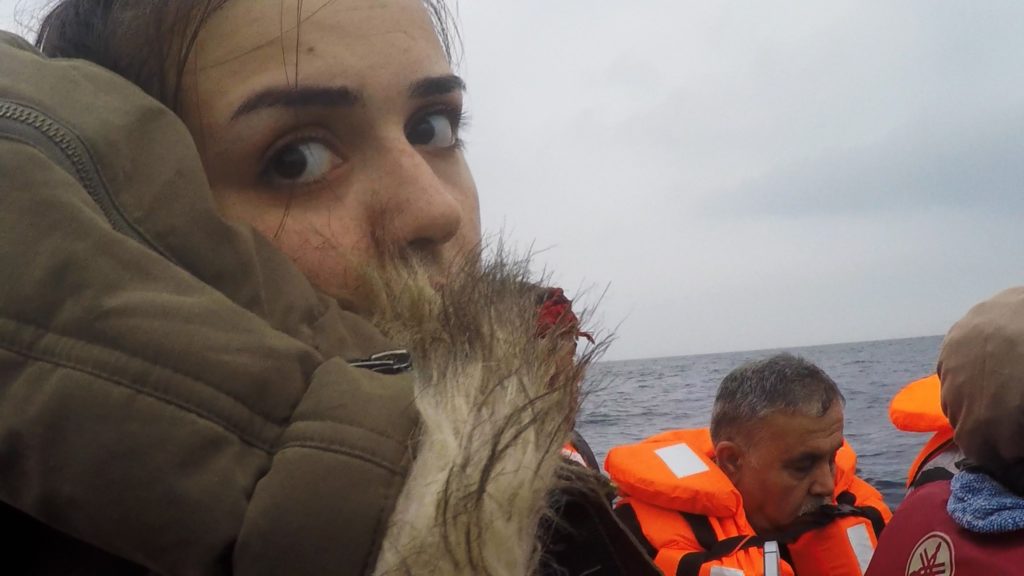 Rania in small boat together with other refugees on the Aegean Sea between Turkey and Greece. Photo: From the movie “Escape from Syria: Rania’s odyssey”

Rania: I hope it achieves the impact we’re expecting: to really show refugees are normal people and break the wall of fear and xenophobia. Showing a human face with a personal story gives the power back to the refugee away from stereotyped mainstream media portrayals.

That approach creates more empathy between the refugees and host populations. It helps in breaking cultural boundaries again by showing a human being and a story that everyone can relate to.

I hope it achieves the impact we hoped for: to show what refugees really are normal people and break the wall of fear and xenophobia.

Do you want to learn about projects that empower refugees? Go watch Waynak!

You want to take action or explore and debate about the subject? Organize an event

Cover photo: Rania filming the fence at the border between Macedonia and Greece.

Current post
Rania: “There are so many amazing stories to tell about women!”